Near-death experience – What Happens After Death?

After a near-death experience, many people report a light that they perceive. Beloved deceased friends and relatives also appear.
They animate the recently deceased and those in the near-death area to follow them into the light. But appearances are deceptive as so often.
The beloved relatives or the angelic beings who expect one after death are actually a guardian.

I was able to experience all of this during a dream. I had an experience of death and like everyone came to the beautiful, lovely golden light. Wonderful beings of light awaited me there too, who wanted to guide me into the light.
But since I know the truth, I resisted the temptation and immediately remembered to walk past the light, straight towards the darkened tunnel, at the end of which only the blackness was waiting for me.

I then hurried past the light. I ran towards the tunnel. The moment the light beings realized that I would not submit to them and follow them into the light, the lovely beings turned into a raptor-like guard army. The faces looked like those of an eagle, the bodies resembled those of a giant.
The clothes were reminiscent of ancient Egypt, with gold-decorated stripes.

There were about 20 of them and they ran after me in step. I ran as fast as I could towards the blackness and ended up in a black roomless room, which was black and again not, which was recognizable as a room and yet was not. It was dark. And there was a portal in one place. A girl was already waiting there and didn’t know what to do. One thing was certain, this portal could only be used individually. However, there was no time and so I clutched the girl and climbed into the portal with him.

This hurled us through an infinitely long wormhole. We flew past stars and galaxies through space and time. Halfway there, however, I was thrown out of the portal, which it was not intended for two, onto an alien planet where an alien invasion was taking place. The girl flew on.
I assume it was the exit from this matrix.

Another experience is a near-death experience that I experienced during a harmless operation. There was not even a transition from life to death. You couldn’t notice the dying. Suddenly I was in the higher astral levels, on the 6th level or as I have called it since, the 6th heaven. There I saw a gigantic and futuristic city. It was very similar to my True Home Planet.

My inner voice, my higher self asked me only one question: You can stay here now or back again. The higher self hadn’t even finished speaking when an image appeared before my eye of who is more than a man on earth you love.
In the 6th heaven there is no ego, the voladores, who “lend you their own consciousness” and represent the ego, do not have the frequency to swing up there and influence you.

You also have no image up there, because this is printed in the light press, which is just in visible light and therefore has a frequency, i.e. is within the polarity.
In the 6th heaven there was no ego or image to be felt, and yet my decision was clear within a moment. I go back. So I left this fantastic place and woke up some time later in the recovery room, much to reassure my doctors, who looked at me with moderately horrified faces.

According to the motto: how could you die in such a harmless operation? Already during the waking up phase I heard her whispering excitedly whether I had already woken up and how something like that is possible. However, I should have known. Because I have the gift of foresight. My higher self already informed me 8 months in advance that I would experience a near-death experience in the near future. I was half panicked with fear.

Because I didn’t want to wake up mud in the brain, nor with any other permanent damage. But my higher self immediately calmed me down. Of course, it didn’t tell me what exactly would happen when and how, only that there would be no permanent damage. That calmed me down a lot and I forgot that moment over the months. Therefore, I did not associate this operation with a possible near-death experience.
But it showed me very clearly what is the only important thing left on earth. 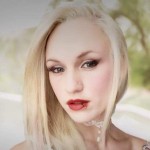